The most liquid instruments with minimal investment amount are required!

Wide range of trading instruments
Stocks, indices, commodities, currency pairs and more! Get access to a variety of global markets and trade around the clock!

Profitability
The stock market is extremely dependent on various economic and political reasons. Profit not just when the price goes up, but when it falls down too!

Diversification
Diversify your portfolio with multiple assets. Work with different CFD groups to reduce the risks.

Transparency
CFD trading is transparent. All quotes are always displayed on the stock exchange website where it is traded.

Advantages of CFDs in Grand Capital

Convenience
You don’t need to open a new account to start trading CFDs.

Commission 0%
We do not charge commission on CFD-contracts

Trade with Micro-lots
Grand Capital offers 0,01 lot as a minimum trade! Start trading with smaller amount and build your way up! 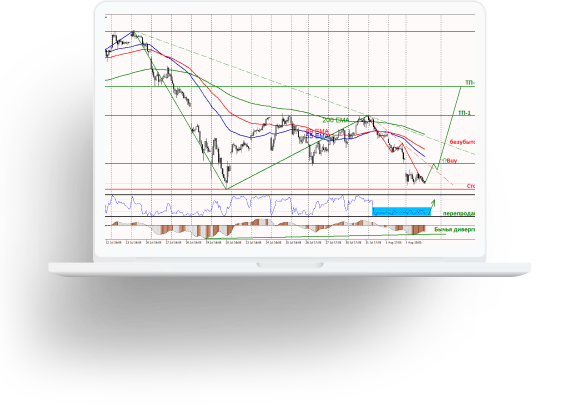 Oil has always been one of the most popular commodities, hence oil prices are always under a lot of attention.

It is a highly volatile market and very popular among traders around the world, because if you trade it right, it can quickly become your golden ticket.

Let’s look at a real example of one of Grand Capital client's trading experience. At the end of January 2015, Brent crude was traded below $48 for a barrel. On January 30, 2015, the trader bought CFD on February oil Futures Brent (BRNH5) (he purchased 1 lot at the cost of only $2 800 with 1:20 leverage). The price went up and the trader started receiving profit. The price stopped at $56.50 due to a number of factors, including the largest in the last 35 years strike in the US oil industry. On February 3, 2015, the trader closed the deal with $6 300 profit in just 4 days.

One of the winning features of trading on financial markets is that you can purchase not only a contract expecting the price goes up, but speculate on the decrease of the price as well. Let’s look at a real example, which happened to one of Grand Capital clients who traded CFD Copper Futures contract:

How to Earn Trading CFD