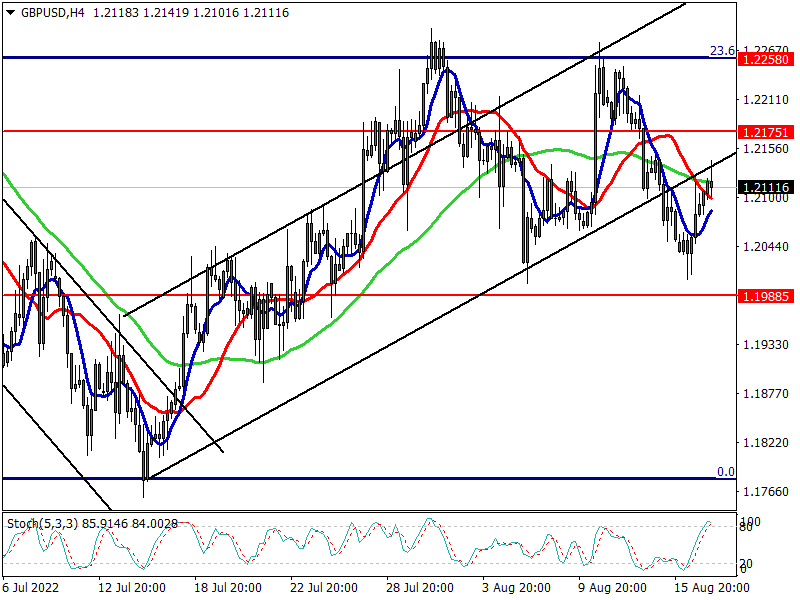 The pound against the dollar bounced upwards, and reached the resistance 1.2125 at the EMA50 level, as well as the lower line of the ascending channel that appears in the chart.

We are likely to see a return to the bearish path as a result of the price reaching the resistance level and also the negative sign of the stochastic indicator, which is likely to pressure the price to decline and reach the target 1.2050.

If the trading remains below the average level 50, it increases the probability of the bearish scenario, which is likely to extend to the level of 1.2000. It should be noted that the price breaching the mentioned resistance level may return the price to the bullish path and reach the resistance 1.2260.

The expected trading range for today is between support 1.2000 and resistance 1.2100.